Here’s some of the things I’ve done in the past three days because suddenly I’m being hella active on this project again. I live-tweeted most of these.

Specifically the part where characters can get excited from seeing others. This should help make the engine more suitable for easy reworking into something else. For example, a “safe for work” mod.

Chelsie is a character from the greater Firrhna Project scope. The original version came from Noxico and predated the Project. They are distinct characters, in a sense. So after a quick poll on Twitter and some workshopping I replaced her with a new project mascot, Jadah.

Reworking the MergeBitmap function to use tilesets in TML format

This, I think, improves readability of both the actual code and the tileset data.

There were so many crufty errors left in there. I wonder how many people ran into that problem.

That’s where when you have a long-range weapon equipped, you can press shift-arrow to fire in a cardinal direction. Since I added shift key support to the keymapper (as in you can specify that an action requires shift or not), this wouldn’t trigger any more. Solution: make shooting in cardinal directions their own actions distinct from walking.

All of this is of course available on my Github. Outside contributions are welcomed.

A quick release this time that fixes two issues.

You can find the new release on the Downloads page.

Thanks to Buggy Boy and Urist McNoob for bringing this up. Now I have just one more thing to look into.

I brought these up way back in 2012 but recently had reason to revisit them. The old post predated the actual implementation, so let’s list what we got:

And the prefixes that are less than fully implemented:

Any suggestions on things to add, anyone?

And related to all that, what kind of prefixes could apply to items? I’m thinking vorpal, same as above, for starters.

I was pretty pleased at myself when I came up with the basic character stats in Noxico, because there’s this symmetry to them. Four stats with C names, four with S.

However, I felt something was off. They seemed unclear, and one of them was entirely unused. So recently I went over the set, renamed most of them, and redefined the unused one. Here’s what I came up with, and as an added bonus what each of them actually means:

None of these changes have actually been implemented yet, and all but maybe Body/Strength and Speed ought to be entirely scripted — as it is, there are still several areas of C# code that use the sex-specific stats, such as Climax and Excitement/Stimulation, and their respective bonus modifier tokens are all hardcoded also.

As good an excuse to do something about that as anything, really. 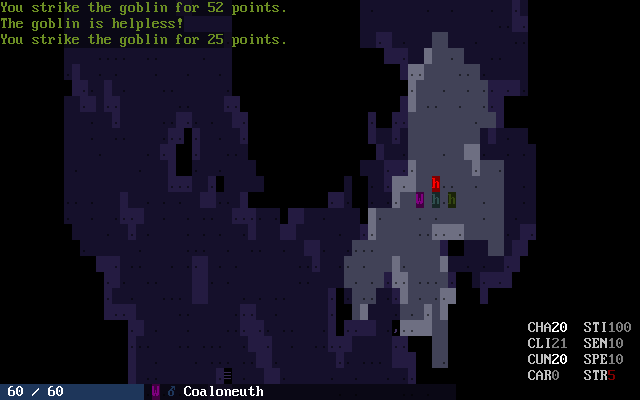 While working on randomized opponent callouts, I noticed that most of the font sheets were off, color-wise. And while fixing that, I noticed the option to enable 437 Simulation mode was not in the string list. That is, the checkbox said [opt_437] instead of a regular thing. In honor of that option finally being properly captioned, here’s the thing in action. There’s a lookup table that maps in-game tile numbers to Unicode and Codepage 437. One is used for HTML dumps, the other for this mode. I kinda want to make it render the player as a @ and use the initial of a character’s title… 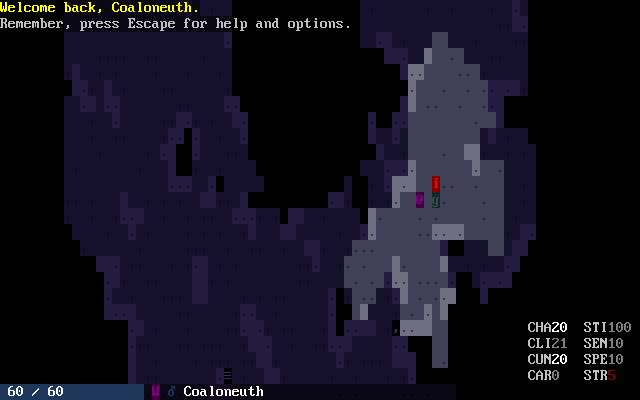 As you can see, I’ve decided to ditch the static site and use the blog as the site. Because eh.

You might wonder, and that’s a very small might, where the info went. Where are the files? Where’s… everything?

It’ll be back over time. Perhaps even by next Monday. You can see the reference is already there, and the board, dead as it is, is still at its usual place. It’s just not linked yet.

And here we are then

Tumblr has officially shut the door on NSFW content a couple weeks back and the Noxico blog was one of the victims. I just finished reposting almost every post on there worth reposting, and a bunch that weren’t. The only thing missing is asks.

Well, let’s see what we get. I already posted a status update on my other blog last month so… that just leaves the drive to actually do something.

Here’s an idea I had earlier: Arbitrary board sizes.

The minimum would be like 80×25, the screen size, and connected boards would have to have matching edges. That is, a board that’s N tiles tall can only be connected on the east and west sides by boards that are also N tiles tall.

Surface boards could be 128×128, or 128×64 to adjust for tall tiles, which would make for nice “powers of two” work and fully covers the equal side lengths rule. Dungeons could be any size, considering those are currently only connected by stairways and such.

This would of course invalidate old saves. 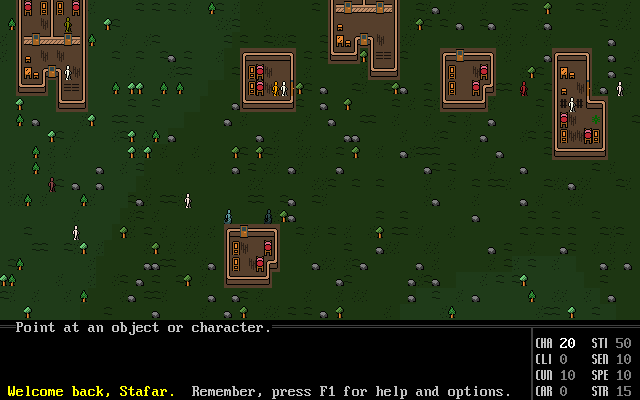 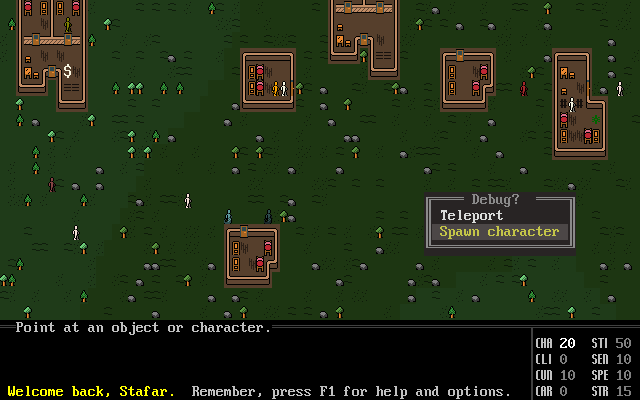 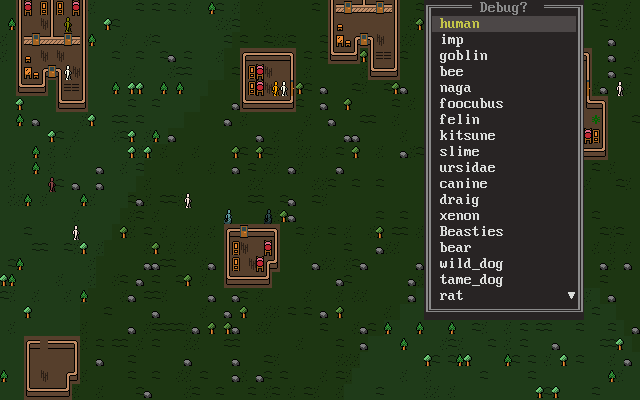 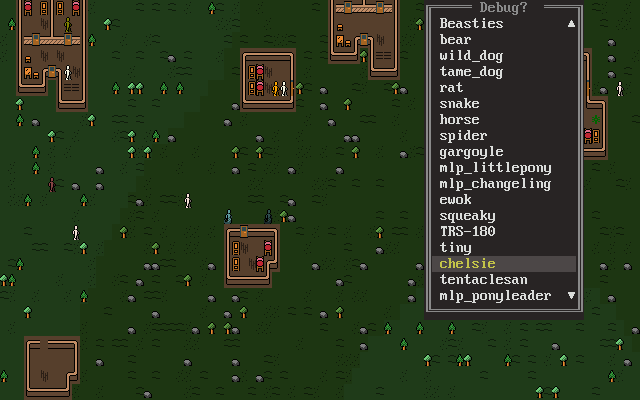 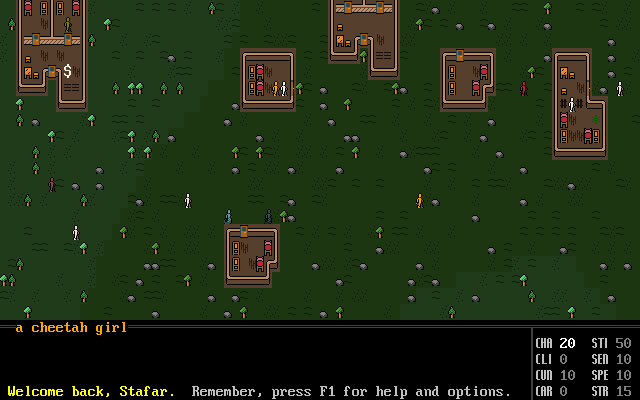 Latest commit adds these two things to debug builds. Just aim at a blank spot and you get these options instead of nothing at all.

The “Beasties” item in the menu is already taken care of, but I did later find out that Urta has no tallness and thus broke the Look At function, which is not yet fixed.