Tested the new actual intercourse groundwork. My target had her underpants on so I couldn’t insert. I took off her skirt, still couldn’t insert… and before I could pick “take off her lacy panties” she pinned me.

Luckily, she took the panties off herself shortly after.

So. I just spent some time on the new sex system. I found this foxgirl and used her as a test subject.

For some reason she climaxed using the male variant. I thought it was a bug in the code or data… but it was just a trap. 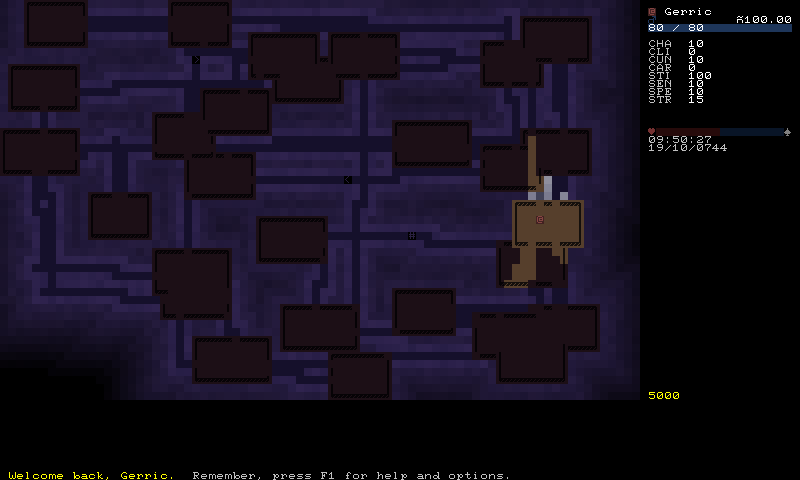 (This post had no text, but was tagged #thanks to xolroc for the dungeon generator)

Should Noxico go graphical? If so, in what way?

Noxico used to generate a complete world map and place towns and dungeon entrances on it. This took a fair amount of time and involved a lot of useless wandering through the wilderness to get from town A to town B. So I removed all that and added Expectations, where each town and surroundings would be generated on demand and you get from A to B through a travel screen that simply listed all known locations. If you pick a location that doesn’t exist yet, it’s expected to be visited at some time, and generated according to those expectations.

So I pulled an old copy of the game from source control and reimplemented the old world generator, adjusted to match all these interesting changes since then. For example, there are fewer biomes and instead of a grid, boards now connect as graphs.

And then there’s this guy, who is willing to help make it better and hopefully faster.

So that’s it for the survey. Thank you for your opinions. I’ll get back to you all about that graphics thing later.