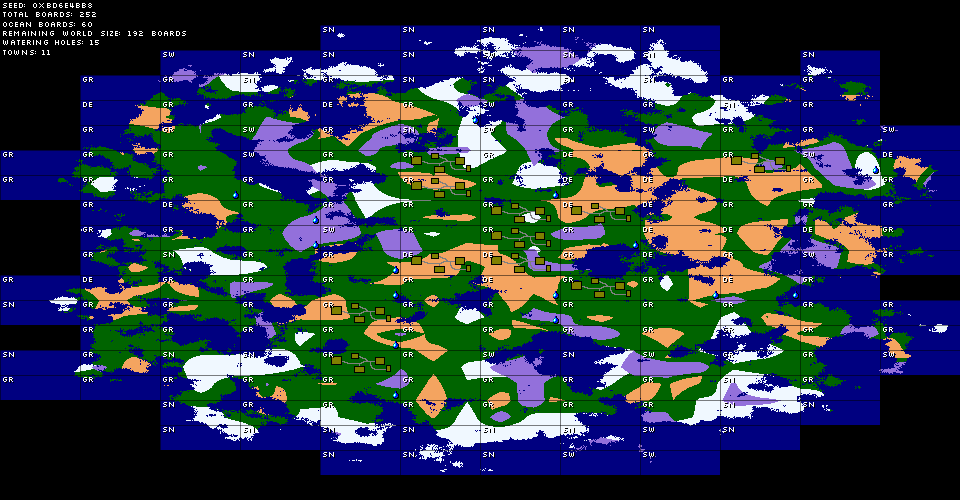 Next up: integrating this into the game proper, slotting in the town generator, making said town generator better, and adding different types of world. Think Minecraft.

Guess that to do.

Instead of a single world.bin containing every board and their respective entities, there’s now a world.bin that only contains some meta information on the region and the player data, and a series of Board###.brd files with each board and their entities.

If an NPC moves from one board to another, they’ll physically move from one file to another – but only when both boards are flushed.

Not only is this somewhat more memory efficient, and does it cut down on loading and saving times, but it also opens the door to region switching ala Minecraft, letting the player travel to an entire new region in the same game world, to be generated when the player actually gets to that point, all by adding another level of folders! Noxico\Save name\Region name. BAM.

And dungeons. Can’t forget the dungeons. I can just scatter entrances all over the region now and just mark them as “ungenerated” or something. At the current world size (which is 8) I have 64 board files. This number would increase as I try to enter more dungeons.