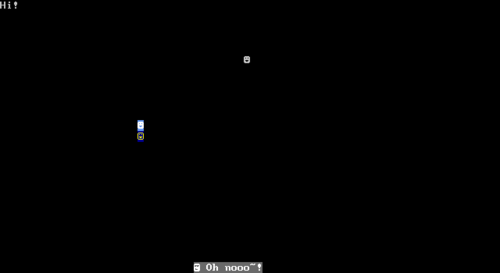 This is the first prototype of what later became Noxico. It had rudimentary scripting, which is in mid-demonstration here. The yellow on blue smiley was white on gray with shades first. A few ticks later, he’d ask “what did you DO!?”

The whole entity generation thing was developed separately at first.