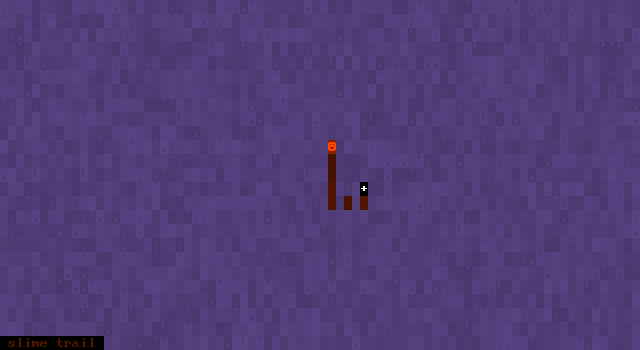 Today, I added slime people to the game’s bodyplans file, and adjusted the engine to support certain oddities about them. For example, their “skin”, if you can still use that word, is the same color as their hair, which is described as goopy along with the rest, and they leave quickly evaporating trails, which you can examine if you’re quick. This also revealed a thing where the trails would overlap the characters, because entities are drawn in order of definition, so the very new trails were drawn after the older characters that left them. Dressings are now drawn first, followed by BoardCharacters, which includes the player.